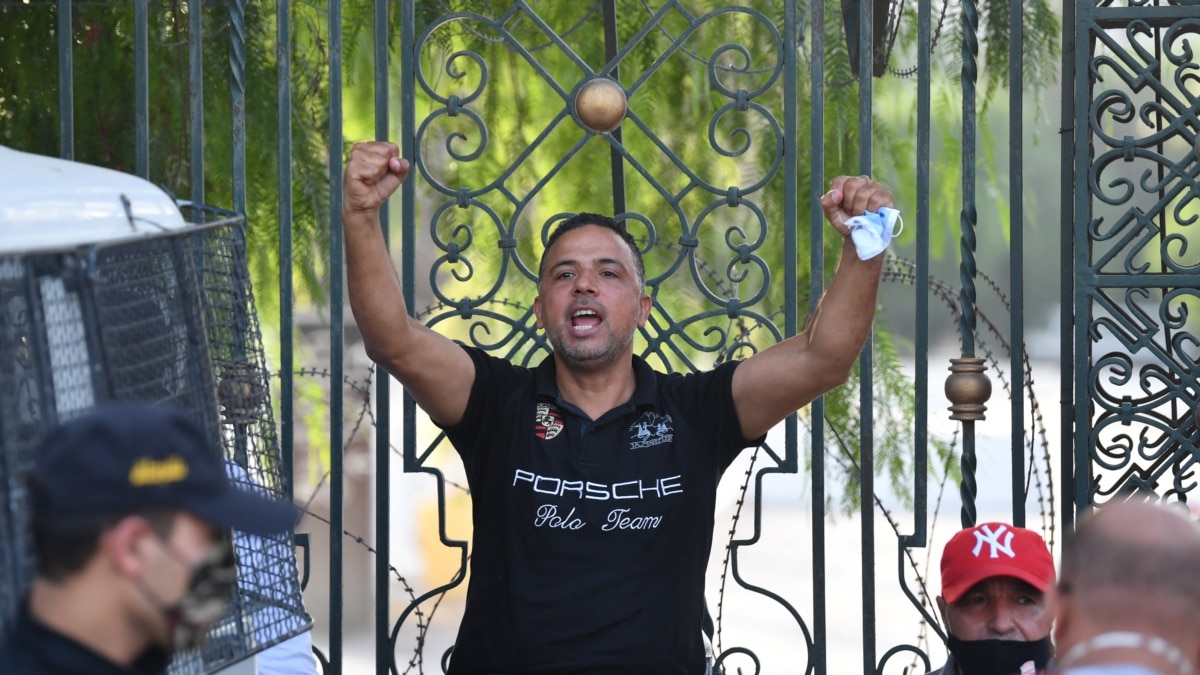 Seifeddine Makhlouf was charged with defaming the police during an attack on Tunis airport in March 2021.

Makhlouf, the head of the Islamist nationalist group Al-Karama, shouted “down with the government” and “long live Tunisia” before being bundled into a car, according to a Facebook video posted not a lawyer.

The court sentenced him to five months in prison.

“About 25 policemen in plainclothes surrounded his house at 11 pm,” Harrath said.

After two hours, “they went to the house, and he went with them”.

Makhlouf has been an outspoken critic of Saied, who in July 2021 suspended parliament and seized significant executive power in what critics called a “coup” and a coup d’état. the democracy that emerged from the Arab Spring revolution in more than a decade. past.

Later Saied took control of the court and pushed through a new constitution that gave his office unlimited power.

Makhlouf in March 2021 led a group of Al-Karama MPs at the airport of Tunis in an attempt to force the authorities to lift the travel ban against a woman who was banned from boarding his flight, revealing a publicized controversy widely on the internet.

The court on Friday also sentenced several other members of Al-Karama and a lawyer to shorter prison terms, but did not arrest them. them.

The head of the opposition National Salvation Front told reporters on Saturday that the decisions reflected “a mentality of revenge.”

“We are looking at the killing of freedoms and the destruction of democracy,” said Ahmed Nejib Chebbi. “There is a need to destroy the leadership of the government and politics.”

A statement on the president’s Facebook page late Friday called for efforts to “fight against all corrupt people and those who believe they are above the law.”

Makhlouf also received a one-year prison sentence last February for “assaulting the honor of the army” after losing his parliamentary immunity when Saied took power.

He was also banned from practicing as a lawyer for five years.

A military court upheld the one-year prison sentence in June, but his lawyer said in the case that he would appeal.

“Putting civilians on trial in military courts is an attack on liberties,” Harrath said. “This case is related to the status of those accused on Kais Saied”.