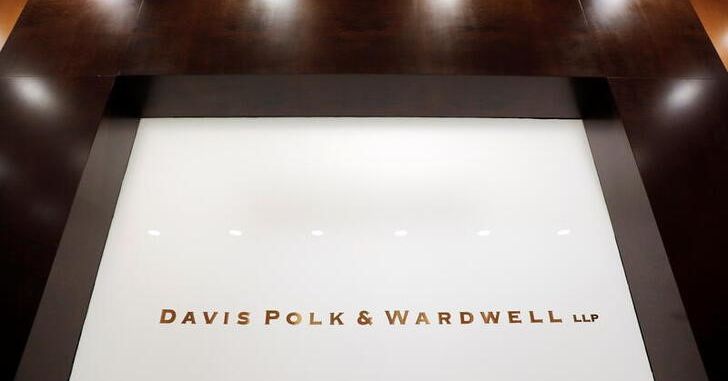 (Reuters) – The head of mergers and acquisitions practice at U.S. law firm Jones Day, which was the lead adviser on nearly $50 billion in global M&A transactions last year, is leaving with Davis, Polk & Wardwell.

James Dougherty, a Jones Day partner since 2008, will become a partner in Davis Polk’s New York office, according to an internal email seen by Reuters from Davis Polk’s office. and managing partner Neil Barr.

A Davis Polk spokeswoman confirmed the hiring but declined to comment further. Dougherty did not immediately respond to a request for comment.

A spokesman for Jones Day said that demand for the company’s services “continues” and that it is considering some changes in its general management “in connection with its transition to a new managing partner.”

Barr’s email said the company will “formally welcome” Dougherty to the company “in the coming weeks.” He cited Dougherty’s work advising Marathon Petroleum Corp on its $23 billion purchase of rival Andeavor in 2018.

The Andeavor deal made Marathon America’s first independent producer of its capacity.

Davis Polk was the lead advisor on 157 global M&A transactions worth $164 billion last year, according to Refinitiv. That performance placed Davis Polk in 14th place in Refinitiv’s legal advisory rankings.

In comparison, Jones Day worked out 361 costs of $49.9 billion, according to Refinitiv.

The leading law firms advising on M&A transactions in the world mostly maintain a share price fixed in 2022but was forced to share a smaller pie as the combined value of M&A fell by 37%, from $5.9 trillion in 2021 to $3.6 trillion in 2022.

The law firm of Jones Day, the consultant in the past Trump campaigns, chose a new leader

(NOTE: This story was updated with a report from Jones Day.)

David Thomas reports on the business of law, including law firm planning, recruitment, mergers and litigation. Based out of Chicago. He can be reached at d.thomas@thomsonreuters.com and on Twitter @DaveThomas5150.