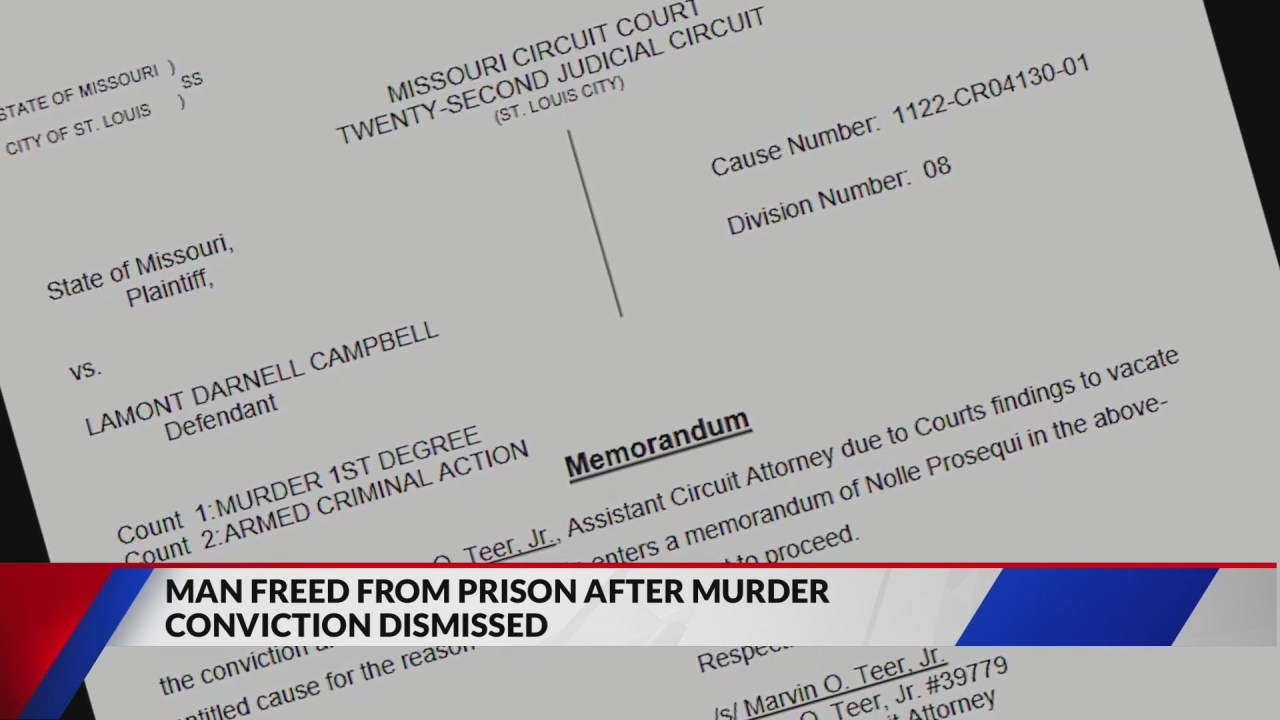 ST. LOUIS – This morning, a man convicted of murdering the son of a retired police officer from Saint Louis was released after the prosecutor overturned the charges. attitude towards him.

District attorney Kim Gardner’s office is across the street. The office of Gardner, Kim. Gardner said the homicide investigation is “very much back on track.”

At the moment, the families of the victims are still trying to process what happened at this point, according to the video from our post-dispatch partners. Lamont Campbell, 28, is seen outside the Saint Louis Justice Center. Yesterday he was sentenced to six years in prison after being found guilty of murder and armed robbery in 2016 for the death of Lene Gregory. three.

Gregory was shot and killed in July 2011 after charges against Campbell were dropped. Gardner mentioned the results of the court and the judge’s “unique judgment” in this matter, which left the charge and imprisonment of Campbell. Last month, the court moved to overturn Campbell’s conviction.

In the case, questions were raised about the relationship between a witness and a detective, the quality of Campbell’s lawyer, and the potential raising another suspect. Gregory’s family members say they have been kept in the dark about the legal challenges. In this case, they believe that they are being persecuted again.

A spokesperson for Circuit Attorney Gardner issued a statement saying, in part, “The investigation must be reopened to hold the perpetrator accountable for the crime committed.”
He said, “at this time, we are asking the public to provide information to help investigate this crime.”