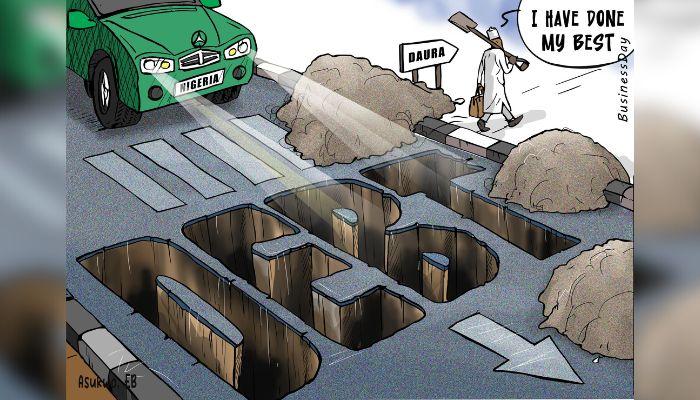 “When I came to power in 2015, Boko Haram controlled two-thirds of Borno State, half of Yobe State, and two Local Government Areas in Adamawa State, in the north-east of Nigeria,” Buhari told delegates. African Conference for Peace 2023 in Mauritania.

“We have been able to recover these areas of territory by investing $1 billion to obtain powerful weapons and computer equipment from the US and other friendly countries to carry out continuous operations against the attacks since 2015 .”

The beginning of the 2015 attack by the Nigerian military was led by the General Officer Commanding 7 Division, now retired Lt-General Lamidi Adeosun, together with the South African trading company, STTEP International, and neighboring Chad , Cameroon and Niger helped regain all lost territories. Local elections were held in Borno and Yobe states in March 2015, the states Buhari won in a landslide.

John Campbell, former US Ambassador to Nigeria, noted on March 24, 2015 that “since the postponement of the national elections from February 14 to March 28, it seems that the by the government of Abuja most of the territory in the northeast of Nigeria that was lost to Boko Haram. . Of the major towns previously captured, only Gwoza appears to remain under Boko Haram rule”.

With a huge demand for loans, since he came to power in May 2015, Buhari borrowed billions of dollars to fight the war against Boko Haram.

He said Nigeria can afford enough money to buy military equipment, adding that the real challenges to defeating the insurgency are the lack of political will and the use of public funds. .

In December 2017, Buhari ordered the withdrawal of $1 billion from the Excess Crude Account to enable the military and security forces to fight the Boko Haram insurgency in the north-east. At the request of the Nigerian leader, the World Bank agreed in August 2015 to extend a $ 2.1 billion low interest loan to the country, for the special purpose of rebuilding the North-Eastern areas that were the most affected eat Boko Haram.

“The World Bank will spend $2.1 billion through its IDA (International Development Agency), which provides low-interest loans to the government. The first 10 years will be zero interest, but the next 30 years will be lower than the capital market rate. The World Bank is willing to speed up, give loans, and help the people of the North-East, long because of the mercy of an attack that killed more than 20,000 souls, “said a Buhari in a statement.

In February 2018, he asked the National Assembly to approve a $1 billion loan to fight Boko Haram.

Foreign Borrowing Plan (Response) No. 3 requested by the President. He made the request for housing in addition to the 2018-2020 loan plan in September of that year.

Buhari explained that due to “emergency needs”, there was a need to raise more money for some “important projects.” He said loans, if available, would stimulate the economy and create jobs. A portion of the loan should be dedicated to security and protection projects.

The government has also spent part of N23.7 trillion on roads and this means the progress guaranteed by the Central Bank of Nigeria on the military.