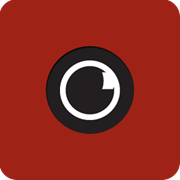 Pequea Township Police Officer Victoria Walton grew up as a farm girl in the southwestern Lancaster County village of Holtwood who wanted to work in the law.

“My parents have a farm,” Walton said. “I’m still working in the fields. I’m taking cows off the road, but I’m also making 911 calls and doing all the normal police things. It’s a part I’m used to.”

The desire to become a policeman began while taking a break from farming and pursued the second longest-running television show in the United States.

“I just wanted to help people and catch bad guys,” Walton said. “I remember watching Law and Order since I was little and I wanted to be a cop.”

Walton wasn’t sure how to become a police officer at first, but he always worked jobs that required him to respond to 911 calls. senior at Penn Manor High School and earned an EMT certificate through a first aid program.

Walton had been working as a firefighter for a long time before switching to work on hospitals.

“I started as a firefighter when I was 14 years old, I was on an ambulance when I was 18 years old, and then I went to the police academy when I was 22 years old,” he said. said Walton. “Answering 911 calls is all I know. All I know is to go into chaos and make it known.”

When Walton turned 21 – the age required to become a police officer at the time of school graduation – he told himself the steps he needed to take to achieve a goal he had since childhood. It will take one and a half years to save the money for the police academy, start a training session, and prepare for the exams.

Walton likes the variety of every day and likes to be on his feet. EMS knowledge is helpful in many areas of work.

“I do a lot of medical stuff,” Walton said. “A lot of medical specialties like shooting and trauma response. I’m a wheelchair technician. I do a lot with the community. Eventually, I want to go to the child abuse and sex crimes.”

Walton has a way to help himself manage the mental health issues that come with the job and seeing serious problems that most people don’t experience in their lives.

“I’m a weightlifter,” he said. “I will raise the power.” I go to the gym; that’s my outlet. And you just rely on your friends and talk to them. I know I can go to the sergeant and talk to him anytime if I have a problem with something.”

Despite the mental and emotional demands of the job, Walton says it’s very rewarding and allows him to give back to his community.

“My favorite part is knowing you helped someone,” he said. “You are going to have the worst day of a person’s life. You go in and you help them and give them clarity. You help them move forward and continue to build that relationship.”

Walton lives a normal and happy life outside of work and he is one of his friends and family to describe himself.

“I’m the funny guy,” he said. “I don’t go out and break the rules. We’re not crazy, but I go to family parties and dance and do the folding. I go to my friend’s house and have a good time. I play games at my brother’s house until four in the morning. I go hiking. I go on vacation.

“It’s very normal. My life does not revolve around pins; it’s my job and I like to help people, but at home it’s just a normal life.”

“Do,” said Walton. “Don’t second guess yourself. I waited for several years and I didn’t have to wait. The faster you can go the better. See what you need to do to get into school. You should run and do push-ups and things like that, but take a ride, talk to some of the police in your area, and get as much information as you can.”

What up general distribution of needs courtesy of the Lancaster City Bureau of Police. Check with your local police department for more specific information.