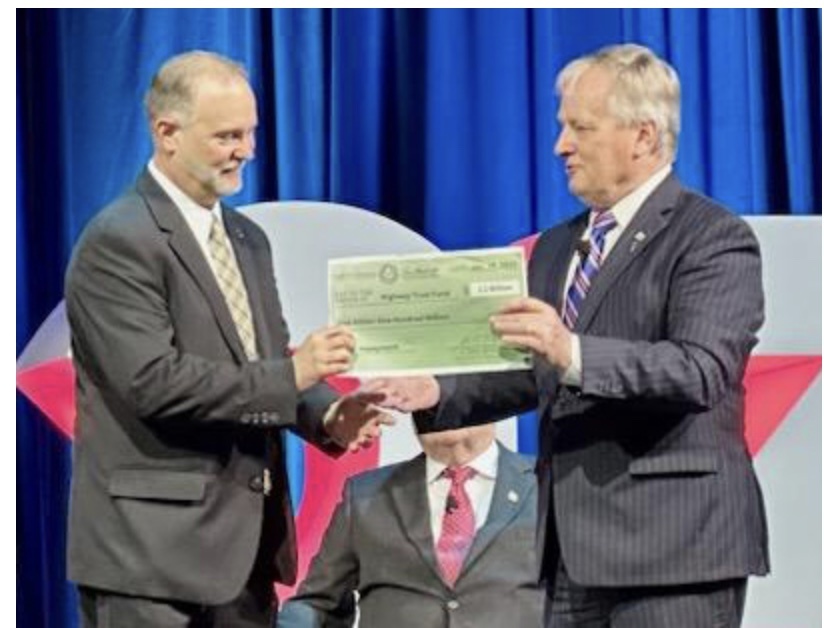 The North Carolina Department of Transportation has replenished the Highway Trust Fund (HTF) by $1.1 billion – two years ahead of schedule.

NC State Treasurer Dale Folwell made the announcement on a media coverage Thursday.

He noted the big change from four years ago to 2019.

HTF funds are earmarked for capital projects. The Highway Fund for maintenance.

“Under the state law, most of the projects that were funded cannot be paid for using HTF funds. “In addition, as required by law, NCDOT has not sought or received State Treasurer approval to loan funds from HTF to HF,” Folwell said in October. 2019.

Former NC Transportation Secretary James Trogdon said at the time that the storms and underestimating project costs were to blame for the overspending.

The overspending also caused NCDOT to suspend work on over 900 projects in August 2019. It will not resume until the spring of 2020.

SB 356 was signed into law in November 2019. The bill provided the DOT with $36 million from the General Fund for recovery efforts from Hurricane Dorian and forgave $90 million of the General Fund loan. It also gave the DOT an additional $100 million in Build NC and allowed the department to use a $100 million one-time loan from the Highway Trust Fund to the Highway Fund. The loan was given with the condition that it will be repaid.

In 2020, reimbursement details were established under a Memorandum of Agreement (MOA) between the Department of State Treasury, Department of Transportation, and the Office of the State Budget and Administration. When the MOA was signed, the loans were expected to be repaid within four years. However, the loans were first repaid in two years, on December 28, 2022.

“The quick payment of loans to the Highway Trust Fund is a tribute to the leadership of Secretary (J. Eric) Boyette and the skills of his staff,” said Treasurer Folwell. “The change from the previous administration is very welcome. They have listened and worked with the staff here at DST and have made great progress.”

The North Carolina General Assembly created the HTF in 1989 to provide revenue for special road projects.