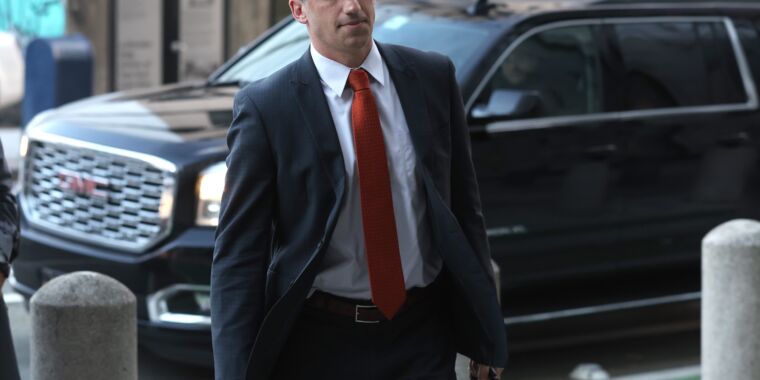 The jury trial in the lawsuit filed by Tesla shareholders against Elon Musk continued today in opening statements in a San Francisco federal courtroom. The plaintiffs’ attorney, Nicholas Porritt, told jurors that the case was brought “because Elon Musk, the chairman and CEO of Tesla, is not in court today but he will be.” look at him sitting there in the witness box, lying. And his lies caused ordinary people. like Glen Littleton to lose millions and millions of dollars.”

Porritt said Judge Edward Chen already ruled Musk’s comments in August 2018 about “guaranteeing the funding” to take Tesla together are wrong and done with recklessness. The case is pending in the US District Court for the Northern District of California.

Because of the judge’s decision and the instructions that will be given to the jury, “you have to assume that every word, every part of this tweet is false,” Porritt said.

After Musk’s false statement “guaranteed financing”, “Tesla’s price soared. Millions of shares were sold,” said Porritt. “But the stock price went up almost immediately and millions of dollars were lost when his lies were exposed. He is responsible for the injury and damage caused by his lies.”

Musk’s defense said the misinformation was just “technically incorrect information” and was not important to investors.

The lead plaintiff lost most of his life savings

Lead plaintiff Glen Littleton, 71, testified today after opening statements. He is a businessman from Kansas City.

Porritt told jurors in his opening statement that Littleton “was a big believer in Tesla and Elon Musk. He believed in technology, he supported the environmental message. investment, the product 50 years of work, Elon Musk almost wiped out lies and tweets about ‘guaranteed funding.’

Porritt described another witness who will testify during the trial as a hard-working manager who is saving what he can for retirement. “He listened to Elon Musk’s tweets and thought it was a good time to buy Tesla stock. He lost thousands of dollars that he could not have lost when the 7 August tweets were revealed to be false, ” said Porritt.

The first issue is about two tweets Musk made on August 7, 2018. The first said, “I’m thinking of taking Tesla private at $420. Guaranteed financing.” Of the second The tweet said, “Investor support confirmed. The only reason it is uncertain is based on the shareholder vote.”

According to Porritt, Musk tweeted while he was driving to the airport and he chose the estimated price of $420 as a joke about cannabis. “It’s not a joke to Glen Littleton or the other Tesla investors who lost millions of dollars. It’s not a joke to the millions of investors who rely on real data to go to the market to buy or sell,” Porritt said.