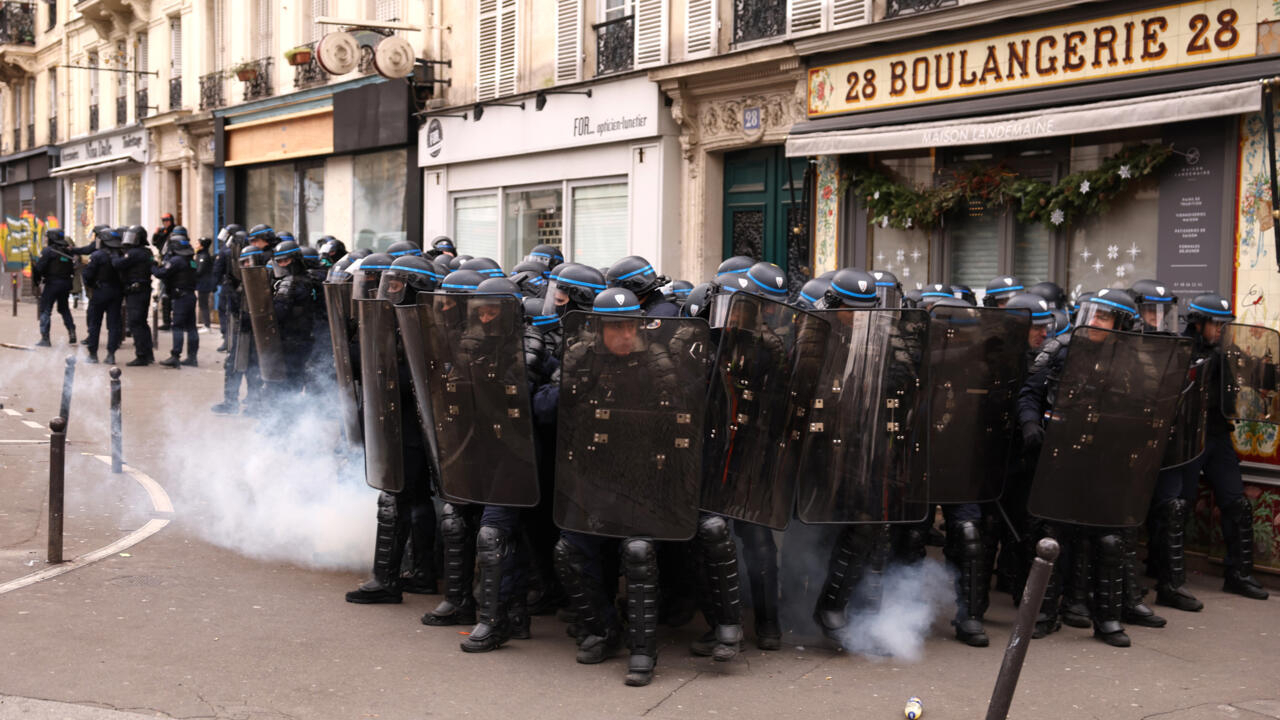 Paris (AFP) – A French police officer punched a man on camera during a pension reform protest this week and had to be amputated, a lawyer said. this man on Sunday.

Pictures and images from Thursday of the incident that are circulating on the Internet show a policeman who punched a man on the ground between the legs, and then left. The man is seen holding a camera.

Lawyer Lucie Simon said she filed a lawsuit on behalf of her client, a 26-year-old Franco-Spanish engineer who was filming the event, for “consensual violence that caused damage” by a person to whom general authority has been given”.

“This was such a strong blow that he had to cut off his blood,” said the woman, and the engineer is still at the hospital.

“This was not a case of self-defense or necessity. The evidence is in the footage we have and the fact that he was not arrested at the time.”

The engineer, who lives in the French Caribbean island of Guadeloupe, “is still shocked and still asks why” he was injured, the lawyer added.

The Paris police department said they had ordered an internal investigation, adding that the incident took place in a “situation of extreme violence and in a police system to arrest violent people”.

But he emphasized “the need to understand the circumstances in which this tragedy occurred”.

The interior ministry said 80,000 people marched in Paris on Thursday, as part of a national protest against President Emmanuel Macron’s plan to increase the retirement age from 62 to 64.

However, the left-wing CGT union said it counted 400,000 protesters in the French capital.

Near the Bastille area in Paris, some protesters threw bottles, cans and smoke grenades at the police, who responded with tear gas and charged to disperse the rioters, according to the journalists of the AFP at the scene.