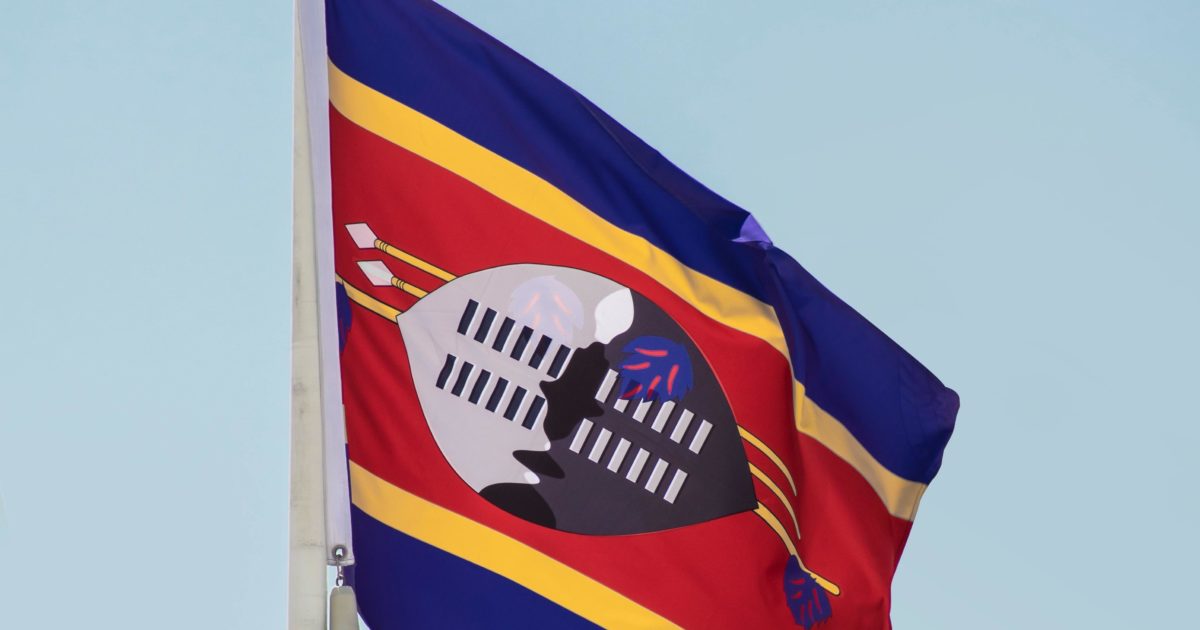 “They have intended to hurt us, to break our spirit, our moral strength and crush our resilience so that we succumb to their evil desires.” Excerpts from an open letter from prison written by Thulani Maseko in 2015.

We express our pain and outrage at the brazen assassination of renowned human rights lawyer, Thulani Maseko who was gunned down at point-blank range, in front of his wife and children at his home in Luhleko, Mbabane, on the evening of January 21, 2023. This atrocious, cowardly and cold-blooded act came a few hours after King Mswati had issued ‘stern warnings’ to those calling for democratic reforms in the country, and that his hired mercenaries would deal with them.

At the time of his death, Maseko was a senior member of Lawyers for Human Rights Swaziland, and chairperson of the Multi-Stakeholder Forum, a convergence of various stakeholders calling for constitutional reforms in Eswatini. As one of the founding members of SouthernDefenders, Maseko made an immense contribution to the advancement of justice and human rights not only in Eswatini but throughout the Southern Africa region. He has carried out several fact-finding missions to countries like Zimbabwe, Mozambique and Malawi where he reported on the deterioration of civic space in the region.

“A staunch believer in the rule of law and constitutionalism, Maseko used his professional legal skills to advocate for democratic reforms and peaceful transition. It is deeply saddening that his work and selfless dedication has been repaid in such a ruthless and callous act.”, said Professor Adriano Nuvunga, Vice-Chairperson of SouthernDefenders.

In Eswatini, many will attest that Maseko persistently preached the message of peace and love. In the face of great adversity, Maseko remained steadfast in the fight for freedom and justice, courageously raising awareness of the injustices suffered by the people of Eswatini. It is deeply saddening that he has paid the ultimate price with his life in this gruesome and callous manner.

While the government of Eswatini issued a statement condemning the murder of Maseko and its intention to investigate, we assert that, given the political environment, only an independent investigation can ensure that those responsible for the assassination of Maseko and many others brutally injured and killed are brought to justice and their families rightfully compensated. We, therefore, call on SADC, the African Union, and the international community to hold the leadership of King Mswati III accountable for the violence that continues to be meted against the people of Eswatini, merely for advocating for their recognized fundamental human rights, including political participation.

We are gravely concerned that the killing of Maseko signifies an increasingly dangerous deterioration of the political crisis in Eswatini. It is terrifying to observe the monarch clamp down on the people it is meant to serve and protect. Eswatini as a member of SADC and signatory to its Treaty is bound to uphold Article 4 of the Treaty which explicitly states that the principles guiding the acts of its members are human rights, democracy and the rule of law. Article 5 of the Treaty further requires all states to promote and defend peace and security. We remind Eswatini that as a member state of SADC, its government should comply with the principles and guidelines to which the region is bound. The state of affairs in Eswatini is a clear reflection of the failure of the country’s leadership to defend and maintain peace, security and transparency for its citizens. SADC cannot continue to stand by and watch.

We wish to express our heartfelt condolences to Thulani Maseko’s wife Tanele, their children, the Maseko family, and the human rights community in Eswatini. We reassert our support for and uncompromising solidarity with the people of Eswatini in their continued quest for democracy. We call on the greater Africa and its friends to stand in solidarity with us on behalf of Maseko. His unshaken commitment to the achievement of justice and freedom will be our beacon for all time.

We strongly urge the Eswatini government to:

We call on SADC to:

Background on the Deteriorating Human Rights Situation in Eswatini:

Since June – July 2021, one of the world’s last remaining absolute monarch has been rocked by nationwide protests which began against police brutality but have now metamorphosed into sustained demands of democratic reforms, and an end to the excessive opulence of the Monarch, in the face of being one of the region’s poorest economies. In response, King Mswati III’s government has retaliated with excessive force, arbitrary arrests, detention, and abductions of pro-democracy leaders and protestors, as well as the shutdown of the internet, and blanket bans on protests. More than 80 people have been killed, 200 plus injured, and thousands of others arrested and detained. Currently, two Members of Parliament have been arbitrarily detained for 18 months, facing criminal prosecution under the Suppression of Terrorism Act in relation to their involvement in the protests. SouthernDefenders has directly received reports of lawyers and judges being harassed, threatened, and intimidated for their real or suspected support of the ongoing pro-democracy movement. Just last month, SouthernDefenders assisted one human rights lawyer who narrowly escaped death after gunshots were fired at his car. Fearing for his life, he was forced into exile, like many other citizens.

Despite efforts by the Southern African Development Community (SADC) to resolve the crisis, King Mswati III has ignored the pleas of citizens, opposition politicians, civil society, the regional and international community, and instead escalated the government’s crackdown on dissenting voices. He has openly called for an “eye for an eye” and failed to genuinely engage in dialogue. Recently, the government was accused of hiring mercenaries to assist its security forces in suppressing opposition voices. Credible reports indicate that Mercenaries wearing baklavas, are working alongside State security forces, and manning roadblocks in the country. The existence of mercenaries in the country and the chilling remarks made by King Mswati III point to a state sponsored assassination of Maseko.

Endorsed by the following individuals: