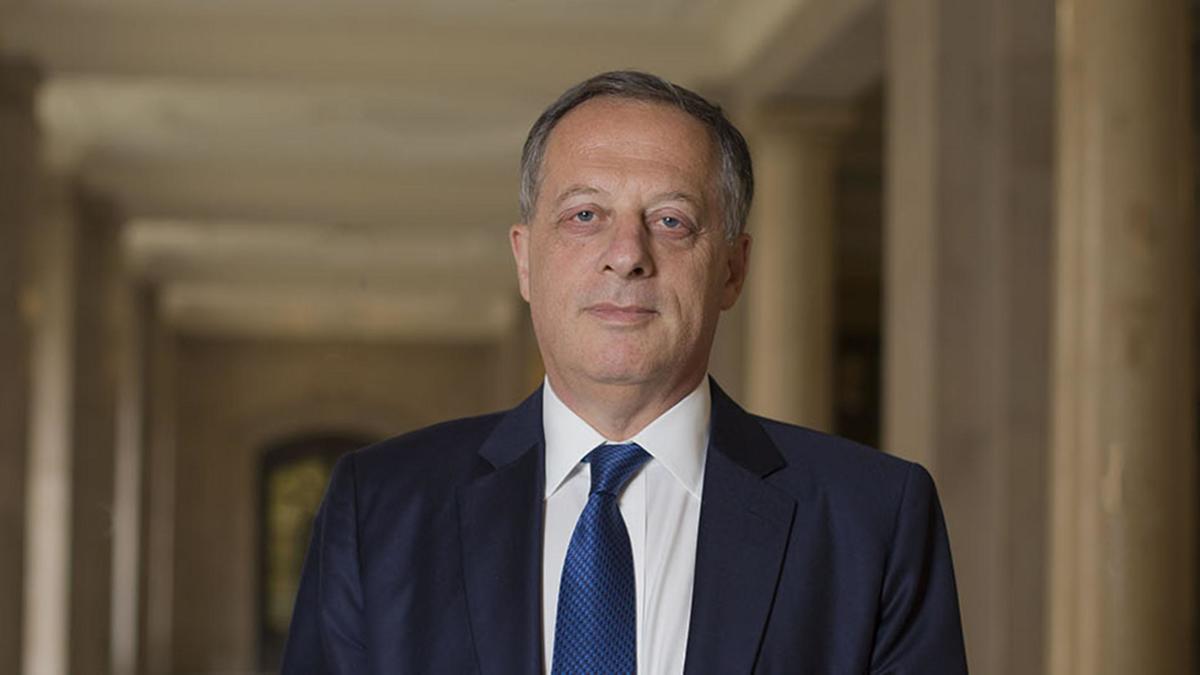 BBC Seat Richard Sharp The BBC Board has been asked to review conflicts of interest as Boris Johnson’s loan deal collapsed at the weekend.

Sharp has been under pressure since a bomb Sunday Times reports that he helped arrange the Prime Minister’s meeting with a person to approve an £800,000 ($990,000) loan in 2020, before being appointed by the government a few weeks later.

The report has led to widespread allegations of a conflict of interest regarding Sharp’s appointment and the opposition Labor Party has called for an investigation. Sharp is a former Goldman Sachs banker who is now an advisor to the Prime Minister Rishi Sunak and in the past donated hundreds of thousands of pounds to the Conservative Party.

A letter to staff from Sharp in the past hour said: “The Nomination Committee of the BBC Board has responsibility for regularly reviewing Board members’ conflicts of interest and I agree. together with the Senior Director of the Committee, Sir Nicholas Serota, the Committee must consider this after the meeting, report to the Board, and for the benefit of transparency publish the results.”

The Board’s actions cannot be reviewed and Sharp’s proper appointment will not be investigated, and is a matter for the government.

“Our work at the BBC is rooted in trust,” added Sharp. “We have many challenges at the BBC, and I know that incidents like this are unacceptable.”

The move comes a few hours before senior government officials appear before the Media, Culture, Broadcasting and Sports Committee, where the Sharp saga is sure to emerge.

The Sunday Times Sharp reportedly met Sam Blyth, a Canadian businessman and a distant cousin of the former Prime Minister, in October 2020, who said he raised the idea of ​​working as a certified person on a credit facility for Johnson’s loan and asked Sharp for advice on the best way forward. The current BBC chairman agreed to help Blyth and introduced him to Simon Case, the Cabinet Secretary and Head of Public Service, the paper reported.

Today’s letter from Sharp says he has known Blyth for 40 years and, when he contacted Case and reminded Case that he had applied to become Chairman of the BBC, he “agreed to avoid from any dispute that I should not repeat in the matter.”

The British Cabinet Office has denied all allegations of conflict of interest but the report no doubt raised concerns between the government and the BBC at a time when the relationship was going well, and it seems that the Conservatives in the way that Sharp and Director General Tim did. Davie has been running the boat for the past two years.

The BBC was quick to stress that it had nothing to do with the appointment, and a spokesman said: “The BBC has no role in the appointment of the Chair and any question is a matter for the government.”

You may have seen reports over the weekend about the nature of my appointment as Chairman of the BBC.

As Chairman of the BBC I have a responsibility to you, and to our viewers, to make sure the BBC is always respectful, and I don’t want to disrupt this. from the important work you are doing. I wanted to write to you directly to explain the facts.

Before my appointment, I introduced an old friend of mine – and a distant cousin of the Prime Minister at the time – Sam Blythe, to the Cabinet Secretary, because Sam wanted to support Boris Johnson.

I was not involved in making a loan, or arranging a guarantee, and I did not arrange any money. What I did was find an introduction of Sam Blythe to the relevant government office.

Sam Blythe, who I have known for more than forty years, lives in London and is aware of the financial situation in the Prime Minister at that time, and is a successful businessman, he told me that wanted to find out if he could help.

He spoke to me because he trusts me and wants to check with me what is the right way to do this. I told him that this is a sensitive area in any case, especially since Sam is a Canadian, and that he should seek to involve the Cabinet Office and pass it on to the Cabinet Secretary. to advise on the suitability and whether financial assistance Sam may wish to do. prepared was possible. So Sam asked if I would put him in touch with the Cabinet Secretary.

At the time I worked in Downing Street as a special economic adviser to the Treasury during the pandemic, and I submitted my application to become Chairman of the BBC. I went to see the Cabinet Secretary and explained who Samu was, and that he was a cousin of the Prime Minister at the time and wanted to help him if possible. I also reminded the Cabinet Secretary that I have submitted your application for the position of Chairman of the BBC. We both agreed that in order to avoid any conflict I should not deal with the matter again. At that time there were no detailed plans planned and I did not know if I could get help, or if I could agree.

Since that meeting I have not participated in any process. Until now, I don’t know anything better than reporting in the media about a loan or a credit report.

Now I know that there is a statement from the Cabinet Office about this meeting, and it also included the advice of the Prime Minister that I should not be involved, to avoid conflicts or appears to conflict with my BBC application.

This case, although it happened before I joined the BBC, is a disaster for the organization, I regret. I am so sorry for all of this.

I am proud and honored to be appointed Chairman of the BBC. I have never hidden my long relationship with the Prime Minister, but I firmly believe that I was appointed based on my qualifications, which has also been approved by the Cabinet Office.

We have many challenges at the BBC, and I know that incidents like this are unacceptable.

Our work at the BBC is rooted in trust. Although the appointment of the Chairman of the BBC rests with the Government, I want to ensure that all appropriate guidelines are followed within the BBC since I turn up. The Nomination Committee of the BBC Board has responsibility for regularly reviewing Board members’ conflicts of interest and I agree with the Board’s Senior Independent Director, Sir Nicholas Serota, that the Committee will consider this after the meeting, report to the Board, and in. the need for transparency in decision making.

I look forward to continuing our work together.