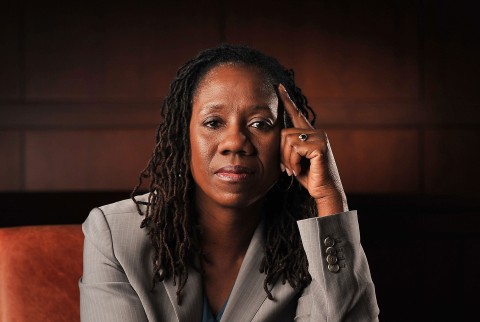 Scholar, author and human rights lawyer Sherrilyn Ifill will headline Northwestern University’s 2023 MLK Dream Week with a keynote discussion at 5 p.m., Monday, January 23 at Pick-Staiger Concert Hall. The event is free and open to the public. Reservations are required.

Ifill will share brief information about his legal fight for civil justice over the years as an attorney and president of the NAACP Legal Defense Fund (LDF) which tackled issues ranging from voter suppression to discrimination in the criminal justice system.

After his speech, Ifill will participate in a moderated discussion with Sheila Bediassociate professor of law and director of the Community Justice and Civil Rights Clinic at Northwestern Pritzker School of Law.

“We are very grateful and happy to have Sherrilyn Ifill, one of the greatest legal minds of this country and a change-maker of civil and human rights, we will join us as the Martin Luther King Jr. keynote speaker. Dream Week this year,” he said. Robin R. Means Coleman, vice president and partner support for diversity and inclusion. “Professor Ifill is a brilliant scholar, effective teacher and a constant advocate for justice. He is one of our country’s most prominent leaders on civil rights and equality.”

Dream Week is a partnership with Northwestern’s Office of Institutional Diversity and Inclusion. Other Dream Week programs include a candlelight vigil, a speech contest and a film. The Dream Week 2023 program and registration links are available at Northwestern’s MLK website.

A rich work dedicated to human rights and democracy

A regular in the media, Sherrilyn Ifill has been interviewed on the topics of voting rights, civil rights and democracy. He was named one of TIME Magazine’s Woman of the Year in 2022 with TIME Magazine’s 100 Most Influential People it’s 2021.

Ifill began his legal career in 1988 as assistant counsel to the NAACP Legal Defense Fund (LDF), where he litigated and won the Houston Lawyer’s Association v. Attorney General of Texas, a landmark case, upheld by the Supreme Court, ensured Black and Latino Texans were protected from voter discrimination in all elections.

After 20 years teaching law at the University of Maryland School of Law in Baltimore, he returned to LDF as president and director-counsel in 2013, a tumultuous time for civil rights. the country was marked by legal efforts to stop the election, including the 2013 Supreme Court Shelby v. Holder decision.

Before stepping down from his leadership in the spring of 2022, Ifill oversaw legal actions to protect rights, including a lawsuit against the United States Postal Service over the closure of mail before the 2020 election, and a lawsuit on behalf of peaceful protesters marching to the polls in Alamance County, North Carolina, as well as three lawsuits challenging voter suppression laws in Florida, Georgia and Texas.

A scholar and author, Ifill’s 2007 book “On the Courthouse Lawn: Confronting the Legacy of Lynching in the 21st Century,” is a guide for communities to confront the legacy of lynching by restoring justice and This restoration is widely credited with laying the groundwork for modern discussions of lynching and lynching.

Ifill’s keynote speech concludes a week of Dream Week programs on the Chicago and Evanston campuses. Many activities are open to the public. For more information and reservation links, visit Northwestern’s MLK website.

Hosted annually since 1980 by Northwestern’s Alpha Mu Chapter of King’s fraternity Alpha Phi Alpha, the 2023 Candlelight Vigil will be presented by Rev. Dr. Michael CR Nabors, pastor of Evanston’s Historic Second Baptist Church. This event is free and open to the public. A free donation will be collected during the March of Dimes.

A full program of art and discussion in the legacy of Dr. King directed by Northwestern students for Evanston Family Focus students.

The Personal Development StudioLab at the McCormick School of Engineering is conducting a study of the award-winning documentary “A Beautiful Thing.” Produced and narrated by Common, the award-winning film tells the story of Arshay Cooper and his quest to found the first Black high school team in the US on Chicago’s West Side. Cooper will participate in a background discussion after the screening. It is free and open to the public. Open to all Northwestern students and staff. No reservations are required.

This documentary series looks at the last fifty years of African American history through the eyes of Henry Louis Gates, Jr. After watching part of the series, Michael Burns, Associate Dean for Diversity, Equity, Inclusion & Engagement at the Pritzker School of Law, will lead a discussion on the future of Black America. Lunch will be provided.

Atiba Ellis, an associate professor at Case Western University School of Law, and a nationally recognized scholar of race, civil rights and voting law will discuss the civil rights legacy celebrated in the Martin Luther King Jr. holiday. From Frederick Douglass’s 1960s civil rights struggle, to today’s suffrage struggles, the discussion will reflect on the legacy of the right to contest and the meaning of democracy in Diverse America of the 21st century. Lunch will be provided. Reservations are requested.

Students and staff at the Northwest Chicago campus are invited to participate in the 2023 speech contest, by preparing a speech on King’s “Give Us the Pallot” speech given at the Prayer Pilgrimage for Freedom in Washington, DC, in 1957. Award-winning staff and students will receive awards ranging from $150 – $300.

Applications are due by noon on January 16. Contact diversity@law.northwestern.edu for guidelines provided. Finalists will present their speeches at a special event Jan. 20.

The 2023 Dream Week keynote event will feature Sherrilyn Ifill, a law professor and former president and director-counsel of the NAACP Legal Defense Fund, and a national expert on civil rights. and judicial decisions. It will be broadcast live from the Evanston campus. The Chicago Campus viewing is open to Northwestern students, faculty and staff. Dinner will be served, and reservations are required.